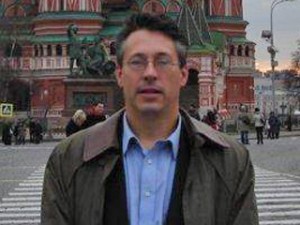 CHICAGO — Truth Wins Out today expressed appalled disbelief at comments made by American World Congress Of Families managing director Larry Jacobs at 2014’s International Forum on “Large Families and the Future of Humanity,” held in Moscow in September, 2014. In newly released transcripts discovered by Right Wing Watch, Jacobs stated that, due to his belief that the West has been taken over by “cultural Marxists” with a “secular, post-modern, anti-family agenda,” he believes that “Russia is the hope for the world right now. In particular…really, to the importance of the future of the family and to the future of civilization.” Interestingly, just this week, Glenn Beck specifically called the World Congress Of Families and other American religious right figures out for their “disturbing partnership” with Russian anti-gay activists closely tied to Vladimir Putin’s regime.

“We have asked before, but we must ask again where the World Congress of Families’ allegiances lie,” said Truth Wins Out Executive Director Wayne Besen. “It certainly doesn’t seem to be with the United States. Vladimir Putin’s regime is one of the greatest existent threats to the civilized, free world. This is an aggressive nation that tramples on human rights, while cowardly attacking its weaker neighbors. They persecute LGBT people, journalists, political dissenters and anyone else who happens to find himself in Putin’s crosshairs that day. Either Jacobs and his cohort are fools who can’t do basic research on the people they’re joining up with, or we’re finding out just how disturbing their worldviews really are.”

The International Family Forum was held in the place of an event originally sponsored by the World Congress Of Families, but plans were “suspended” in an apparent public relations move after public outcry and internal dissension within the American religious right led many to question the wisdom of American groups participating in a conference so closely linked to Putin’s Russian regime, which has shown itself in recent months to be a grave threat to free people everywhere. Two of the primary organizers of the original WCF summit, Yelena Mizulina and Vladimir Yakunin, are high-ranking Russian officials who have been subject to American economic sanctions stemming from the Russian invasion of Ukraine. Mizulina, who recently drafted a novel proposal to mail Vladimir Putin’s sperm to Russian women willing to carry his babies, was listed as an organizer (along with Jacobs and WCF communications director Don Feder) for the International Family Forum. Natalia Yakunina, Vladimir Yakunin’s wife, introduced Jacobs’ talk at the event. Aside from removing the WCF’s name from the program, the summit was a WCF event in every way.

Also featured as speakers were Jacobs’ extremist WCF colleague Don Feder and the National Organization For Marriage’s Brian Brown, who used his speech to publicly cling to the notion that Americans don’t actually support marriage equality, citing state votes for constitutional amendments that happened long before the sea change in American public opinion that has led this nation to solid majority support for equality.

The event ended with the drafting of a resolution calling for nations to ban gay “propaganda” and, essentially, to declare war on LGBT people and their families. The text of the resolution, in part, called upon the United Nations and countries around the world “to uphold the interests of children and to work for the adoption of legislative bans on all types of propaganda concerning homosexual relationships in the environment of children and juveniles and to initiate and support scientific research to study the conditions and prospects of developing a Natural Family, as well as studying the negative social and psychological effects of raising children in same-gender couples.”

The World Congress of Families has not been exempt from dissension among their own movement over their deepening ties with Russia. In advance of the originally planned WCF Moscow summit, Penny Nance, CEO of Concerned Women For America, made waves by announcing that CWA would be pulling out of the event, stating that they “don’t want to appear to be giving aid and comfort to Vladimir Putin.” This was an interesting move which suggested internal dissension among American religious right leaders over the Russian issue.

“Is the spread of their ‘pro-family,’ anti-gay, anti-woman ideology important enough to get in bed with dictators who oppress their people, stifle dissent and invade sovereign nations on a whim?”, asked Truth Wins Out Associate Director Evan Hurst. “Perhaps, in their minds, it is. That should tell you everything you need to know about those who call themselves ‘pro-family.’ They certainly don’t care about your family.”