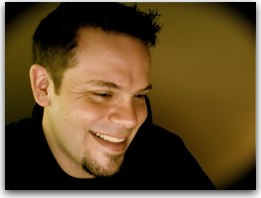 Thomas, A Former Exodus International Official, Is The Latest In A Long Line Of Former ‘Ex-Gay’ Activists To Embrace The Truth, Says TWO’s Besen

CHICAGO — Truth Wins Out today commended former Exodus International official and “ex-gay” activist Randy Thomas for stepping forward in a blog post to admit that he is, and always has been, a gay man. Thomas’s post, entitled “A Peaceful Disclosure,” explains that the years since the downfall of Exodus International, as well as the tragic suicide of a beloved friend who “struggled with his faith and sexuality,” have forced him to authentically come to terms with who he is. Thomas was one of the public faces of Exodus International, once the largest network of “ex-gay” groups in the world, for many years. Exodus was formally dissolved in 2003.

“We commend Randy Thomas for finally being honest with himself and those he has influenced over the years,” said Truth Wins Out Executive Director Wayne Besen. “Though it will take many years to begin to repair the damage caused by Exodus International and other ‘ex-gay’ organizations, the first step is acknowledging the truth — that people cannot pray away their sexuality. Randy has done that, and in doing so, will undoubtedly help some who have been hurt by the work of ‘ex-gay’ organizations.”

Randy acknowledges in his blog post that his disclosure and his apologies to the gay community may not be enough for some people, but expresses a desire to repair the damage of his past work:

Even though I have issued two apologies to the gay community (here and here) and found my first sense of identity and community as a gay youth/young man, I am not sure many will accept my apologies or this disclosure. I would definitely understand some people’s reluctance given my history. That said, while I care about what others think, I am doing this because I feel it is the right thing to do.

I am gay. I am ok with who I am. I hope we can continue to journey together.

Thomas joins a long and growing list that includes many of the most prominent spokespeople and apologists for the “ex-gay” movement, people who have recanted their former views and expressed deep sorrow for the pain their work caused over the years. Alan Chambers, Thomas’s former boss at Exodus International, admitted that 99.9% of those he encountered in the movement never changed their sexual orientation. John Paulk, who was once the poster boy for the movement, appearing on the cover of Newsweek in 1998 with his then wife, now is living as an openly gay man, and is doing the hard work of apologizing to those who were hurt by his work. Recently, Yvette Cantu Schneider, who was once held prominent roles on the religious right advocating for reparative therapy, recanted her past work and now speaks out as an advocate for LGBT equality. John Smid, one of the former stars of the “ex-gay” movement, recently married a man in Oklahoma, and has been working to repair the damage done by his previous work.

In December, Christian Schizzel came out as a gay man. He had appeared as an “ex-gay” spokesperson on several high-profile television shows, including Oprah and Dr. Drew. His failed therapy sessions took place at Janet Boynes Ministries and Bachmann & Associates counseling centers, owned by Marcus Bachmann, husband of former Congresswoman Michele Bachmann. “Coming out publicly and sharing is important to me because my sexuality has been exploited my whole life by the Christian community, both knowingly and un-knowingly,” Schizzel told Religion News Service.

Indeed, the only public “ex-gays” left seem to be those who are currently making money promulgating the “ex-gay” lifestyle, people like Christopher Doyle and the “ex-gay” Mormon leaders featured in TLC’s recently aired “My Husband’s Not Gay.”

“One by one, each and every person who once publicly promulgated ‘ex-gay’ therapy is coming out of the closet,” said Truth Wins Out Associate Director Evan Hurst. “The question isn’t whether or not this will keep happening — it will — but rather who will be the next to come out.”