The Right’s Irresponsible ‘Martyr Machine’ and the Religious Freedom Farce 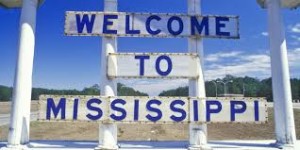 I had no idea what an ordeal it is to be Christian in Mississippi these days. The persecution is allegedly so great that the state was compelled to pass an emergency bill to protect fundamentalists from the indignity of having to serve  homosexuals in public places.

Sure, this sounds a lot like Jim Crow, but it’s clearly not because the business owners turning away gays and slamming doors in their faces are doing so with sincere religious conviction. If one simply invokes the Lord when discriminating – there are no longer consequences because the law will “protect the individual religious freedom of Mississippians of all faiths from government interference.”

Shielding these wholesome Christians from marauding heathens is critically important – because if the state had not acted, the faithful might not feel safe holding hands on public sidewalks in Jackson or kissing in downtown Tupelo.

Christian Mississippians may now be protected, but the rest of American Christendom is apparently still under siege. At least that’s the message prominent right wing organizations are force-feeding their gullible members in newsletters and media appearances. 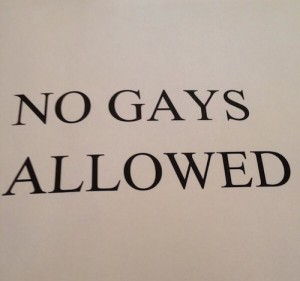 The extremists’ victim complex boiled over last week when the United States Supreme Court rejected an appeal from lawyers representing a photography studio in New Mexico that refused to take pictures of a lesbian commitment ceremony. The owners of the store declined to do their jobs because they said it would violate their religious beliefs.

What an odd assertion to make. At no point were the store owners prohibited from praying or coerced into marrying someone of the same sex. This had zero to do with the way they worshiped or conducted their own personal lives. But today’s new “religious freedom” goes beyond the basic principle where people get to govern their own lives. It is now considered “tyranny” if Christian busybodies can’t also govern the lives of others. One has lost their liberty if they can’t humiliate, cast aspersions upon, render judgment, and brazenly disregard laws that outlaw discrimination.

Fortunately, the New Mexico Supreme Court had ruled against the photographers and ordered them to pay attorney’s fees. In doing so, a basic principle was upheld: If a business is open to the public, it must be open to everyone.

“No court has ever held that businesses have a First Amendment right to discriminate, and it is no surprise that the Supreme Court has denied this attempt to overturn settled law,” said Joshua Block, staff attorney with the ACLU. “Selling commercial wedding photography services, like selling a wedding cake or a flower arrangement, does not mean that a business owner endorses a customer’s marriage. The business is simply providing a commercial service. Everybody has the right to express their views on whatever subject they wish, and that includes business owners. But every business has to play by the same rules to protect customers from discrimination in the marketplace.”

Fundamentalists like to argue that our constitutionally protected “freedom of religion” does not mean “freedom from religion.” However, these zealots don’t quite understand that their freedom of religion does not give them the right – outside of church services – to have “freedom from the irreligious,” or people of faith who do not adhere to their narrow, sectarian beliefs. Central to our vital social contract is that we have to deal with people we don’t agree with all the time. The pathological drive to create separate legal structures where Christians can ignore laws and choose who they serve invites privilege, chaos, and anarchy. 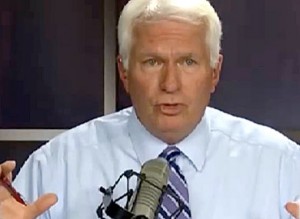 , was outraged by the New Mexico decision. In a paranoid snit, he forebodingly warned his audience that they were victims on the verge of grave persecution.

Fischer and his ilk need to dial back the hyperbole. They are playing a dangerous game by inciting their followers – many of whom are gun nuts – by falsely claiming that the government and LGBT people are working to outlaw their religion. This type of finger pointing could lead to unstable fanatics talking vigilante actions in “defense” of their faith.

Let’s be clear, Christian fundamentalists are not victims in this country. They are the overwhelming majority in several states and no one is denying them their beliefs. The far right’s latest tactic of creating a Martyr Machine is an atrocious idea that will either backfire or lead to gunfire. Just because they lost the Culture War does not mean they have to lose their minds and embark upon a destructive strategy that harms America.