What If Jonathan Martin Would Have Decked Richard Incognito?

It was difficult to read The National Football League’s report on bullying that occurred in the Miami Dolphins locker room. The investigation found that several teammates, led by Richard Incognito, serially harassed offensive lineman Jonathan Martin. The locker room had degenerated into a perverse 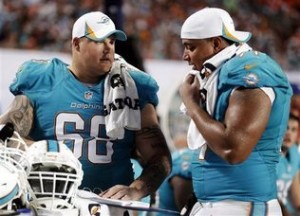 workplace environment and a culture that tolerated, if not celebrated, demeaning behavior, including homophobia, racism, and misogyny.

According to the report, Martin’s sister was mentioned during a string of five text messages, sent by Incognito on Jan. 6, 2013, that insulted him with homophobic language and referred to Martin’s sister in sexually graphic terms. Incognito would also make jokes about slavery in Martin’s presence, and Martin would be teased for not being “black enough.” The mistreatment intensified after Martin declined to fight back when lineman John Jerry, who is black, called him a “bitch.”

It isn’t the harassment that seems to haunt Martin, but his own pacifism in the face of this abuse. He texted his mother, Jane Howard-Martin: “I got punked again today. Like a little bitch. And I never do anything about it.”

Searching for answers, Martin suggested that the “mostly soft schools” he attended were responsible for his inaction. “I suppose it’s white private school conditioning, turning the other cheek,” offered the contemplative Stanford graduate.

People have said that the harassment may have stopped had Martin used his 6’5” 312 pound frame to body slam the bullies. But, let’s be honest for a second. Had Martin snapped and slugged the white Incognito, he would have gone from not “black enough” to the angriest and blackest man in America in a nanosecond. Martin would have been the subject of endless racially biased columns and tweets deriding him as a “thug.” This would have been followed by moral scolds calling for the league to make an example out of Martin by ending his career.

I can hear some naïve people say: “Oh, but Martin is an intelligent man who attended Stanford – surely he would have been given the benefit of the doubt.”

How easily we forget the tale of Seattle Seahawks defensive back Richard Sherman. Just weeks ago, America flipped out after Sherman, following an emotional game, went on a rant against San Francisco 49er’s wide receiver Michael Crabtree. The result was that Sherman was eviscerated by critics and reduced to a thug who tarnished the NFL’s image.

In reality, Sherman is also a Stanford graduate who spends his spare time imparting the value of education to inner-city kids and offering materials and supplies for impoverished schools. His pedigree did not protect him from prejudice, and he was immediately assumed to he a violent degenerate, with critics overlooking a lifetime of hard work, sacrifice, and generosity. Had Martin retaliated – which he had every right to do – he would have been similarly smeared and raked though the coals as a troublemaker. 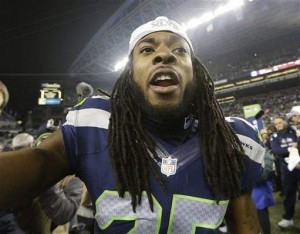 Here are a few facts for some perspective on race: In 2013, New Yorkers were stopped by the police 191,558 times – with African Americans representing 56% of those stopped and frisked, while whites made up only 11%. African-Americans are incarcerated at a rate of nearly 6 (5.6) times the rate of whites. One in three (32%) of black males can expect to serve time in prison at some time in their lives.

Ta-Nehisi Coates, a senior editor at The Atlantic, wrote an essay entitled “Fear of a Black President,” that can also be applied to the Jonathan Martin case:

Part of Obama’s genius is a remarkable ability to soothe race consciousness among whites…This need to talk in dulcet tones, to never be angry regardless of the offense, bespeaks a strange and compromised integration indeed, revealing a country so infantile that it can countenance white acceptance of blacks only when they meet an Al Roker standard.

In spite of Obama’s milquetoast appeal, he is still portrayed as a militant black man by the FOX News crowd. If a cultured man at the pinnacle of success like Obama can’t get a break, does anyone think a muscle-bound, black football player breaking the jaw of a white teammate would have been given the benefit of the doubt?

Martin is no coward. His inaction took significantly more courage than resorting to violence. On some level, Martin knew that his choice was to “be punked” or fight back and be excoriated as a “punk” in the national media.

Martin had no good options and wisely chose not to stoop to Ingognito’s infantile level. There is no doubt he fantasizes about knocking out these bullies on a daily basis, but he weighed the consequences and concluded that a violent brawl was not in his best interest. This is the exact opposite of the way Incognito behaved, and now this despicable hooligan rightfully faces banishment from the NFL.

Martin should not feel any shame. Sometimes restraint is the manliest action one can take. Punching the lights out of his teammates would have been temporarily satisfying, but might have tarnished his image and destroyed his career.