Dr. Indira Sharma Appears To Have No Education In Mental Health or Biology and Gravely Harmed her Reputation 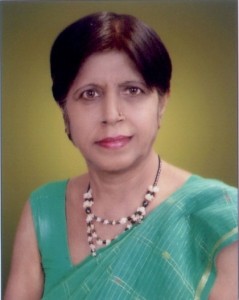 interview with the Times of India. Sharma described homosexuality as “unnatural” and promoted the widely discredited practice of “ex-gay” therapy, according to the newspaper.

“We feel pity for Dr. Indira Sharma because she shredded her credibility and degraded her profession,” said Truth Wins Out Executive Director Wayne Besen. “Her backward views revealed that she is at least four decades behind the times and appears unaware of modern biological research. We strongly urge her to take some continuing education courses so her credentials can be updated and brought into the modern era.”

In the Times of India she repeated statements she made three days ago at the society’s annual meeting. According to the doctor, who also teaches at the Banaras Hindu University:

The idea that homosexuality is unnatural is refuted by nature itself, with the phenomenon occurring in every culture on earth, as well as a common feature in the animal kingdom. In more recent decades, biological research has shown that homosexuality is a normal and natural sexual orientation that is an inherent part of a person.

Unfortunately, Dr. Sharma also doesn’t appear to possess any professional insight into why LGBT people might be compelled to discuss human sexuality. It may have to do with the fact that in December 2013, the Supreme Court overturned a ruling of the Delhi high court decriminalizing same-sex relations. If heterosexual relations were suddenly criminalized, perhaps Sharma would have a greater understanding of the need to speak out.

Sharma continued debasing her reputation by suggesting that “ex-gay” therapy could cure some people of their homosexuality.

“There are some who are comfortable, but there are many who are not. The latter should realize they can get help (from psychiatrists). Some of them may even be able to change their orientation.”

Finally, it is questionable for Sharma to claim, “Our society doesn’t talk about sex.” It is not the role of the psychiatrist to defend society’s mores and values – that is for culture warriors. It is the job of mental health professionals to help individuals cope with life experience. Additionally, there are many experts that would refute her poor advice that individuals in society should bottle up and repress their sexual feelings.