This will be my first Column to the readers of Truth Wins Out. Just to tell you a little bit about 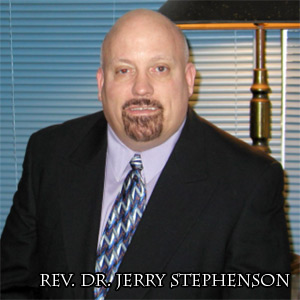 myself.  I was a Southern Baptist minister and Seminary professor fifteen years.  Also spent 4 years in the Ex-Gay Movement in a group here in South Florida called Worthy Creations.  After much soul searching I came to realize that I was gay.

In 1992 I came out in a local newspaper here in South Florida called the Sun-Sentinel.  My story went around the world in two hours and hit every major newspaper across the world. It has been my mission, since that time to reach out to those who came out of the Ex-Gay Movement and Evangelical churches damaged.  I wrote a book titled Out of the Closet and Into the Light to clear up the myths coming out of the Evangelical Movement.

It is my hope to help those struggling with who they are as a LGBTQ person and struggling with their Religion or with family who do not know the facts about LGBTQ people from both a Theological and Psychological perspective.  It is my goal to hear from you and your struggle or coming out of the closet as a LGBTQ person who maybe Christian or not.  It is in sharing our stories and hurt from being in an Ex-Gay group or Evangelical Christian church, that we find healing.

I have found that truth on any level helps us to stand up against the false accusations against us those who respond out of fear (Homophobia), and ignorance.  I like what Kelly Clarkson sings in one of her songs “What does not kill you will make you stronger.  That is so true.  Since 1992 I have been speaking and educating people on LGBTQ issues.  Hopefully as we dialog I hope you will find the answers to who you are in the God of your understanding.  In closing I want you to know that you were wonderfully made LGBTQ people and God does not make junk or mistakes.

You can ask a question directly to Dr. Stephenson, JeryLSt@aol.com