The 2020 presidential race is no ordinary election, but an epic ­­­battle between democracy and dictatorship. Each harrowing day 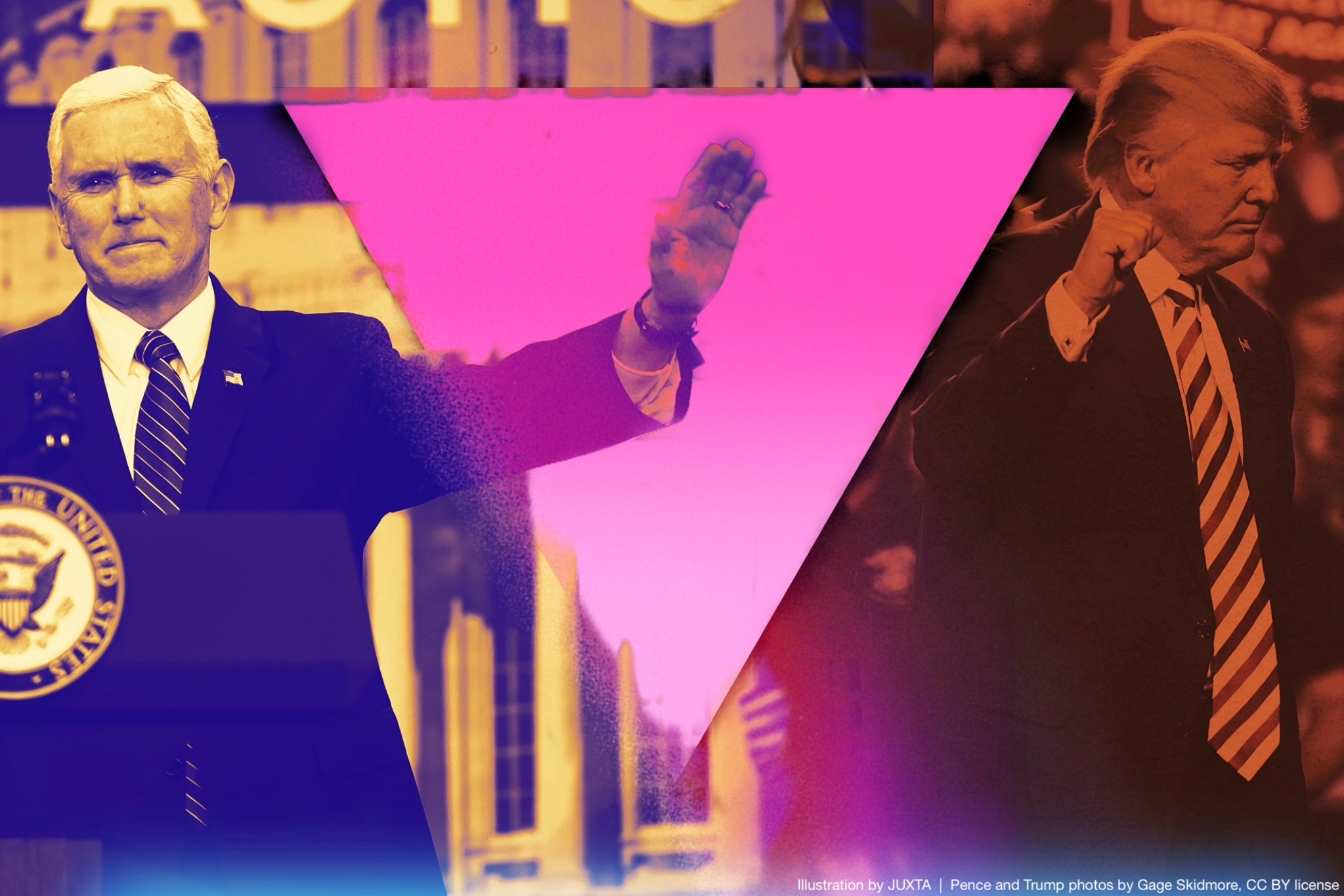 provides fresh evidence of President Donald Trump’s authoritarian impulses. He sent unmarked federal troops to Portland, questioned whether he would accept the election results if he loses, tried to undermine faith in voting by mail while having his installed crony work to dismantle the United States Postal Service, denied a member of Congress access to postal inspections, canceled in-person election security briefings to members of the House, and stoked racial tensions in Kenosha — including a defense of 17-year old right-wing gunman, and Trump supporter, Kyle Rittenhouse.

Lost in the daily madness is the existential threat to LGBTQ rights posed by Trump prevailing in this political struggle. It’s easy to overlook this crisis because Trump has primarily focused his venom on racial minorities and cynically trotted out former Acting Director of National Intelligence, Richard “Gaslight” Grenell, to falsely claim that Trump is the most “pro-gay” president in history.

If Trump wins, or worse, steals the election, the very institutions and norms that have buoyed the LGBTQ movement will likely crumble. The contemporary LGBTQ movement exploded in protest at Stonewall, gained traction through a free press, advanced with political organizing and made its momentous gains through the judiciary. If media freedom is curtailed, the right to protest and assembly blunted, free elections overturned and the courts stacked by cronies, the future for LGBTQ people will be precarious, if not disastrous.

Without functioning democratic institutions, we are left with nothing but the whim of the strongman and the wishes of his most ardent supporters, who happen to be our implacable foes. While Donald Trump doesn’t seem particularly obsessed with attacking LGBTQ people, he is surrounded by supporters who are, and they surely would expect to be rewarded for their loyalty.

In what conceivable universe will it end well for LGBTQ people if Mike Pence, Betsy DeVos, Mike Pompeo, Ben Carson, Alex Azar, William Barr, Franklin Graham and the rest of our foes, have free rein to decide our fate and place in society? Would our marriages survive, our right to adopt children stay intact, and our ability to hold jobs and housing be free of discrimination? Probably not.

Authoritarian leaders are prone to turn over social policy to religious and nationalistic leaders, in exchange for their moral stamp of approval. We saw a glimpse of this when the Trump administration prohibited federal agencies from hosting diversity trainings because they are “divisive, anti-American propaganda.” Ultimately, if Trump returns to office through force, he may reward the Religious Right by copying Russia’s “anti-propaganda” law that ends free speech and assembly for LGBTQ people, and makes them more vulnerable to verbal and physical attacks.

If persecution begins, don’t expect any succor from law enforcement. William Barr’s anti-LGBTQ religious extremism, exemplified by his notorious Notre Dame speech, chillingly shows that Barr believes his destiny is to serve as the great bulwark against liberalism, the warrior against LGBTQ advancement and the moral savior of western civilization.

We should also expect a steep decline in tolerance from young Americans, as anti-LGBTQ sentiment is infused in what’s left of public schools, and tens of thousands of students are funneled into fundamentalist religious institutions funded by public tax dollars. Education Secretary Betsy DeVos is already in place to oversee the money transfer to anti-gay religious indoctrination centers.

The big picture is even more bleak. If Trump bullies his way back into the White House, NATO will likely collapse, leaving liberal western democracies on their own to fend off the encroachment of Russia. Without the military umbrella of the United States, Russia would continue to fund and empower growing, increasingly militant, populist right-wing factions in Germany, France and other European nations.

Not only have Russian banks funded groups like France’s National Front, but Moscow has hosted international conferences on everything from neo-Nazi networking to domestic secessionists attempting to rupture the U.S. Meanwhile, American fundamentalists bent on unwinding minority protections in the U.S. have increasingly leaned on Russia for support — and for a model they’d bring to bear back home, from targeting LGBT communities to undoing abortion rights throughout the country…Bryan Fischer, who until 2015 was a spokesman for the American Family Association, said Putin is the “lion of Christianity.” Evangelical Franklin Graham has likewise lauded Putin as someone “protecting traditional Christianity.”

We’ve already seen a preview of how Trump-like populism had degraded LGBTQ people, most notably in Poland, where the persecuted victims are beginning to flee.

“Wherever populism is on the rise, anti-LGBTIQ violence is also on the rise,” Jessica Stern, executive director of the New York-based OutRight Action International, told the Globe and Mail.

A post-NATO world would initially descend into chaos and ultimately revert to spheres of influence. Russia would likely control much of its old Soviet territory. A vulnerable and militarily weak Western Europe would be forced to fall in line with the new illiberalism, and many countries in Europe would slip into the grip of authoritarian leaders who answer to Moscow. The United States would dominate North, Central and South America, bolstering right-wing puppets in several countries who behave similarly to Brazil’s Jair Bolsanaro.

China would potentially gain full control of the South China Sea and dominate its neighbors. While Trump talks tough on China now, he would likely sell out the region for a sweetheart financial deal that would enrich his family, just as he allegedly tried to cut a deal with President Xi to help his reelection bid. Since Trump doesn’t believe in democracy, it’s foolish to suggest he would defend free countries in Asia, just as he barely lifted a finger to help Hong Kong.

In the Middle East, a Trump regime would allow its friends to run roughshod over human rights in exchange for money, just as it mocked civilization by allowing Saudi Arabia to cover-up the murder of Washington Post journalist Jamal Khashoggi.

The terrifying end result is a pre-Enlightenment world where LGBTQ people are maligned and marginalized across the globe. We would potentially face a world run by powers inherently hostile to human rights and the social rules would set by brutal right-wing authoritarians beholden to homophobic religious leaders. There would be nowhere to run or hide to escape dystopia, which could last generations.

It is critically important that LGBTQ people vote, donate and work tirelessly to defeat Trump. If the Trump regime loses and refuses to leave office, our community must help lead the resistance and do everything in its power to save democracy. Without the institutions and norms that have fueled our movement’s success, we have nothing. The time to fight for our freedom is now — or we may soon find that we have no future.