In the African nation of Zambia, a gay couple was sentenced to 15 years in prison for consensual sex. The U.S. Ambassador, Daniel Foote, condemned the barbaric sentence as “horrifying”.

Unfortunately, American Christian extremists infiltrated Zambia many years ago peddling a hateful version of Pat Robertson so-called Christianity. Like the paternalistic, bigoted Christian colonialists they truly are, these malicious missionary thugs imported their homophobic hang-ups, which demonized and continue to terrorize the local LGBT population, and no doubt other groups who don’t   share their backward beliefs.

Thankfully Ambassador Foote stood up to these zealots and spoke out against the abuse of this gay couple. What he represents is the best of American foreign policy and why, at our finest, we are lighthouse for liberty the world over.

It seems, however, that there was more to the story. Not only is Zambia morally bankrupt and run by fake Christians, it also may be financially corrupt. This is a country that sucks up $500 million annually in American aid. Ambassador Foote essentially accused the government of misappropriating millions in funds saying, Zambia “wants foreign diplomats to be compliant, with open pocketbooks and closed mouths​.”

According to The New York Times, the ambassador wrote, he had found it very difficult to get an audience with the president 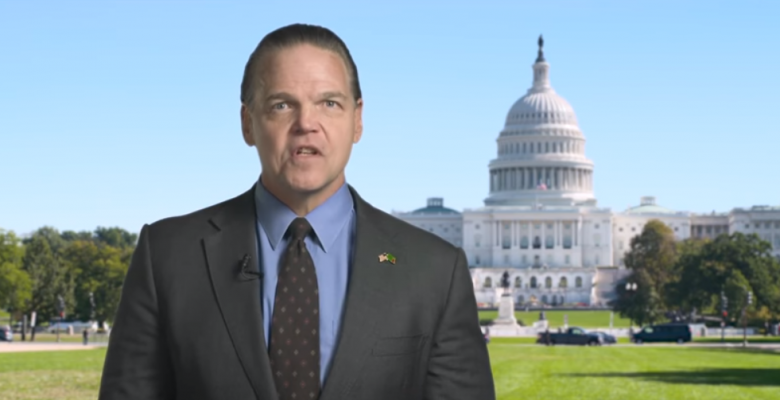 and said, “Both the American taxpayers, and Zambian citizens, deserve a privileged, two-way partnership, not a one-way donation that works out to $200 million per meeting with the head of state.”

Zambia’s president, Edgar Lungu, was predictably apoplectic saying, We want Ambassador Foote, “gone.” Lungu told Sky News: “If that is how you are going to bring your aid, then I’m afraid the West can leave us alone in our poverty. And we’ll continue scrounging and struggling.”

Hmm, sounds good to me. I’m sure they could use some of that money for education and job training in Detroit or Baltimore. Or, to combat crystal meth addiction in West Virginia or Ohio.

By the way, President Trump appointed Foote ambassador to Zambia in November 2017. So, you think that Secretary of State Mike Pompeo would have his back, both protecting American values and taxpayer money. But instead, Pompeo pulled out the rug and stabbed Foote in the back.

In a statement, the Department of State said that it was dismayed the ambassador was “no longer tenable.” The department said that President Lungu’s remarks were “the equivalent of a declaration that the ambassador is persona non grata.”

If this sounds familiar, it is reminiscent of the dismissal of Ukraine Ambassador Marie Yovanovitch, who tried to stop corruption in Ukraine, before she was stymied by Rudy Giuliani and Donald Trump’s so-called drug deal to extort dirt on Joe Biden.

Republicans defend Trump by laughably saying he illegally withheld aid to Ukraine only because he was obsessed with stopping corruption. If that’s the case, then why is the Trump Administration dismissing Foote from his post for his role in fighting corruption in Zambia?

The New York Times writes, a recent report by the Environmental Investigation Agency, an international organization that investigates environmental crime and abuse, described the Zambian president, his daughter and two ministers as central figures in a “cartel” that traffics mukula rosewood trees. It said that the trees were on the verge of commercial extinction.

The Times reports Ambassador Foote had spoken out about the sleaze in Zambia before. The popular musician Fumba Chama, who repeatedly criticized government corruption in songs said, “Foote’s voice is powerful. He had exposed their hypocrisy and corruption.”

The episode in Zambia once again shows that the Mike Pompeo has no loyalty and undercuts the best diplomats at State. It highlights the administration’s ongoing love affair with shifty tyrants, political pirates, as well as hostility to human rights.

Ambassador Foote represents the best of America. Unfortunately, he was working for the worst president and Secretary of State in American history. They are a disgrace to our flag and a stain on our country’s international reputation. Trump has essentially put out a giant, neon flashing sign to corrupt dictators across that globe that reads: America is open for shady business.

I’d like to see the Democratic presidential hopefuls declare that if they are elected, Ambassador Foote will have his position immediately restored and if Zambia has a problem with it, we can find better use for $500 million of taxpayer’s money than allegedly lines the pockets of the fake Christian President Lungu and his crooked associates.

Finally, we need to finally stop American right wing Christians from poisoning minds across the globe with Bible-based bigotry. Th ey aren’t pushing spirituality, but instead are inciting people to hate and violence. The toxic presence of organizations like The Family, which runs the National Prayer Breakfast, as well as the World Congress of Families, has even created a shadow foreign policy that puts us all in danger.

The sketchy and self-serving agenda of these insurgent Christian groups is often at odds with official American interests and values. They are incompatible with our creed and credibility. Moving forward, these moral perverts and purveyors of hate ought to be denied visas when their rhetoric endangers the liberty or lives of local populations, including LGBT people, like the ones targeted and terrorized in Zambia.