The GOP Bozo Bus and its Graveyard of Skeletons 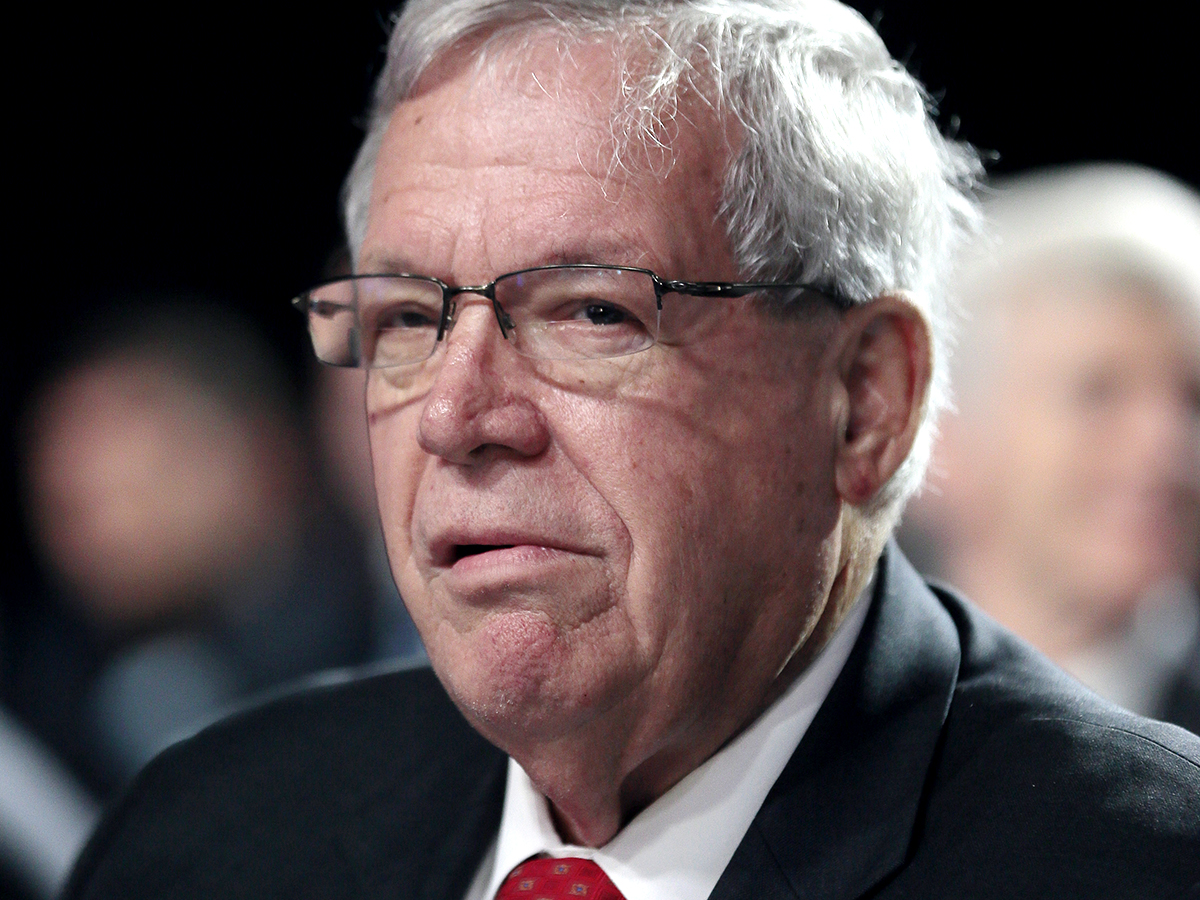 The myth that the GOP is a party of “Family Values” continues to crumble, with chronic scandals rocking the hypocritical conservative movement to its soulless, empty core.

The latest miscreant to slither out from the woodwork is former House Speaker Dennis Hastert (R-IL), who was indicted for illegally paying hush money to a former student who he allegedly molested while a high school wrestling coach.

Then there is the skullduggery of the Duggar family. Josh, a staff member of the conservative Family Research Council and the oldest son on the family’s TLC series “19 Children and Counting,” was exposed for having previously molested at least five little girls, several of whom were his sisters. Afraid that the truth might rock the TV gravy train, the family patriarch, Jim Bob Duggar, covered up the nauseating crime.

The website Queerty revealed that anti-gay Michigan preacher, Matthew Makela, had a profile on the gay dating app Grindr, where he described himself as a “top” who enjoys “cuddling.” This same conservative holy man, who was searching for dudes online, wrote on Nov. 2014:

It seems that the good Rev. Makela succeeded at “working hard.”

Clearly, the GOP’s theatrical Puritanism has always been a ruse and a shameless act skillfully used to attain power. The ongoing strategy is for greedy billionaires who want huge tax cuts to exploit divisive wedge issues to dupe gullible yahoos into voting Republican. These stooges giddily cast their ballots against gays and abortion, while illogically voting against their own economic interests. After the election, the gleeful sugar daddies from Big Oil, Big Coal, and the Pollution Lobby cash in, chuckling all the way to the “too big to fail” bank.

The end game is money in pockets, not morality from pulpits. Right wing politicians, almost all whom are rented by plutocrats, cynically manipulate “values voters,” while rarely practicing the strict religious rules that they preach.

If you think I’m exaggerating consider this: Newt Gingrich (R-GA) had to step down as Republican Speaker of the House because of ethics violations and an affair with a staffer. His would be replacement, Bob Livingston (R-LA.), had to step aside because of an affair 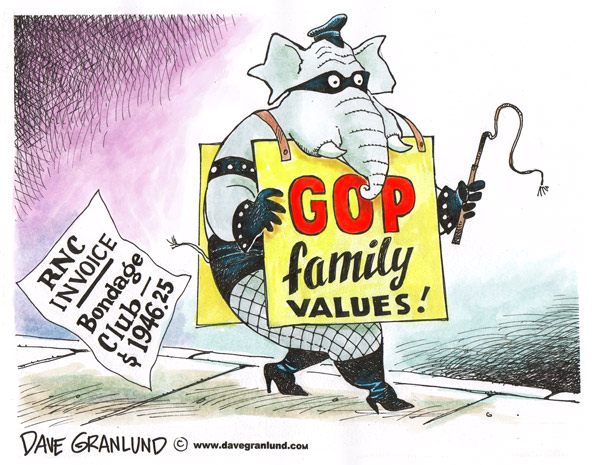 with a woman who wasn’t his wife. So, the GOP deliberately handpicked a dud like Dennis Hastert (R-IL) because he was supposedly clean and beyond reproach. But, Hastert was forced to step aside because of how he mishandled the Mark Foley page scandal. And now Hastert may have the worst scandal of all.

The Democratic Party, of course, is not perfect, but at least its politicians don’t pretend to be holier-than-thou. There is also no hypocrite equivalency between the GOP and Democratic Party. While Republicans regularly are exposed as two-faced scoundrels, we rarely see Democrats  acting contrary to their core issues. For example, you don’t see Al Gore secretly owning a fleet of Hummers, Elizabeth Warren (D-MA) writing surreptitious letters-to-the editor railing against the minimum wage, or Carolyn McCarthy (D-NY) owning a secret cache of machine guns.

These examples are why all people, particularly Christian conservatives, should support separation of church and state. When you combine the two, you make a mockery of both. Sure, right wing groups have successfully passed favored legislation, but it has come at a steep cost to their legitimacy.

As we head into the presidential primaries, the Republican nominees are doubling down on their conservative credentials. Former Arkansas Gov. Mike Huckabee said this week that he wished he could have pretended to be transgender in high school to shower with the girls. Rick Santorum said that the Supreme Court “does not have the final word” on gay marriage.

As they preach, prattle, and preen one wonders what graveyard of skeletons resides in their supposedly wholesome closets?