The Immoral Habit of Homophobia

The most revealing question of 2015: Do you support gay marriage?

At once, it divulges whether a person, nation, or faith is modern, wise, and decent. Those who oppose marriage equality are often vulgar and mean-spirited. It is not coincidental that moral cesspools – such as Iran, Uganda, Russia, Jamaica, and ISIS – are all homophobic. 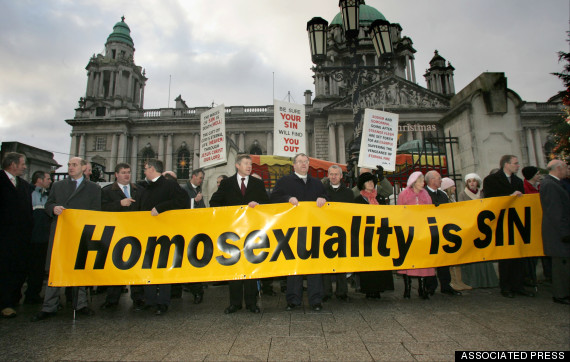 You simply will not find a respectable nation where LGBT people are treated as second-class citizens. This issue has become a contemporary mark of civilization.

It wasn’t long ago that anti-gay viciousness was considered virtuous. It was a difficult stigma to overcome because the feelings were couched in religious indoctrination. However, experience taught thinking, civilized people that oppression of the LGBT population was a form of grave evil.

During the incendiary culture wars of the past few decades, conservative religious groups sought to destroy the nascent LGBT rights movement. They spread lies, promulgated hate, and harmed countless LGBT people. These “moral authorities” abused their power and caused senseless tragedies by promoting “ex-gay” ministries, teen suicides, and opposite sex marriages that ended in painful divorces.

As more LGBT people came out – the true extent of the collateral damage became apparent. For no good reason, people saw their friends, neighbors, co-workers, and family members, unjustifiably assaulted by crusaders who destroyed families in the name of family values.

About a decade ago, (two decades in parts of Europe) the American people started catching on to the divisive and vindictive charade that homophobia had always been. It was a cheap, lazy imitation form of virtue, where preachers gratuitously gay bashed to make the majority feel morally superior. After all, most people in the pews didn’t have to deal with homosexual attraction – so they could easily tut-tut and wag fingers – without having to personally sacrifice. It was a way for degenerates, such as the burglar, drunkard, and wife beater to sit upright in the pews and say, “At least I’m not queer.”

But after decades of education – the war against LGBT people has backfired. Instead of abandoning their gay, lesbian, bisexual, and transgender loved ones, people are dumping the church or politicians who court “the base” through anti-gay bigotry.

Anti-gay attitudes are no longer mere “issues” that can be papered over by saying “we must agree to disagree.” To be homophobic is to be viewed as stupid, dishonest, or politically opportunistic, as there is simply too much empirical evidence to continue to hold such anachronistic opinions. There is too much blood on the hands of politicians and religious institutions to continue down this destructive road.

Those who won’t evolve appear untrustworthy and instantly lose credibility, particularly among young voters. Their opposition to LGBT equality isn’t just considered wrong, it is considered wicked, and a deal breaker for involvement with such malevolent entities.

A new Pew Research Center poll confirms the self-inflicted damage done by the Christian Church. In 2007, the last time Pew conducted a similar survey, 78.4% of American adults called themselves Christian. In 2015, the number of Christians plunged to 70.6% of the population. More than one-third of mill 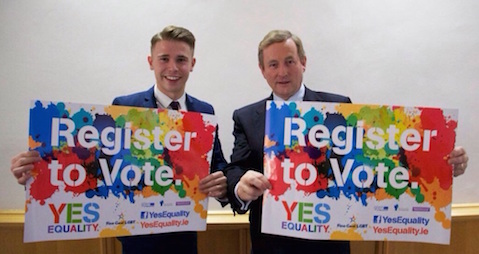 ennials now say they are unaffiliated with any faith, up 10 percentage points since 2007.

No one should be surprised by these numbers, given that hate preachers like Rick Warren, Pat Robertson, and Mike Huckabee have loudly waved the banner of Christianity. Who in their right mind would want to be associated with such ignorance, arrogance, and extremism?

The latest example of our new world is Ireland, where Irish voters just approved gay marriage with a whopping 62% of the vote. This was a demoralizing defeat for  the Vatican, and a rejection of its past intolerance and hypocrisy. Voters in this once-traditional Catholic enclave sent a barbed message to the hierarchy: Change or wither.

At the moment, the media is fawning over youngish Sen. Marco Rubio (R-FL). They naively believe that his relatively “fresh face” could lure younger voters. But they are kidding themselves. Appealing to social conservatives, he claimed this week that gay marriage was a “real and present danger” to America.

“We are at the water’s edge of the argument that mainstream Christian teaching is hate speech because today we’ve reached the point in our society where if you do not support same-sex marriage, you are labeled a homophobe and a hater,” Rubio whined.

With such inflammatory rhetoric, Rubio won’t get the youth vote, and his campaign theme song might as well be “Old Man River.”

Finally, Sweden’s Måns Zelmerlöw won the 60th Eurovision Song Contest, defeating a Russian artist, whose nation was showered with boos for its absurd anti-gay “propaganda law.” Vladimir Putin can have all the tanks in the world, but Russia’s reputation will continue to tank as long as his nation continues its ugly gay bashing.

While homophobia is far from over, the ability wrap the sickening habit in a shroud of morality is clearly not as easy as it once was.