We Should Reject Religions That Preach Evil

In his eyebrow-raising defense of Russia, GOP Representative Dana Rohrabacher gushed about Putin’s police state by proclaiming, “The churches are full!”

Why is Rohrabacher considering attendance in Russia’s Orthodox church a positive development? This is a house of worship led by Patriarch Kirill, a con artist who sports a $30,000 gold Breguet watch and leads witch-hunts against gay Russians. Such extravagance from a 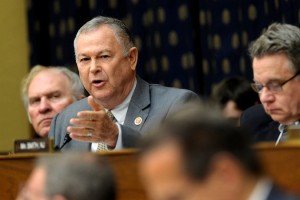 revered “holy man” comes in a largely poor nation where the average income is only $15,000. God bless the Holy Rus!

This is also the same church that incubates anti-American extremists while exuberantly offering Russia’s dictator, Vladimir Putin, the moral authority to strip away the civil rights of his beleaguered subjects. Among the church’s America bashers are Russian billionaires, Vladimir Yakunin, CEO of Rusian Railways, and Konstantin Malofeev, founder of Marshall Capital, who played a key role in Russia’s despicable anti-gay crackdown.

Contrary to Rohrabacher’s assertion, a church with full pews doesn’t necessarily benefit society. If a house of worship uplifts the community it can certainly be an asset, but if it is divisive, it can just as easily degrade the social fabric. Whether it is a net positive or negative depends on what the institution teaches.

A perfect example of this principle is Pakistan. There were a mere 189 madrassas, or religious schools, in Pakistan in 1947. General Zia-ul-Haq, who led Pakistan from 1977–1988, drastically increased the number of these indoctrination centers. This led to an explosion of radical ideologies and led directly to the rise of the Taliban. By 2008, the estimated number of madrassas in Pakistan reached more than 40,000. Can anybody truly say that the proliferation of these religious institutions has benefited the modern world?

In Africa, the wonderful “Christians” of Uganda staged a rally this week to celebrate the signing of the anti-Homosexuality Bill, which would give life sentences to those convicted as repeat “offenders.” BuzzFeed reported that President Yoweri Museveni offered some brilliant remarks on not only homosexuality, but on his own distaste for oral sex.

“The sexual organs of human beings are highly specialized,” Museveni said. “Because that part is not for that purpose, it creates very unhealthy repercussions … the intestines come out — this is terrible!”

“There are other terrible things,” he warned. “Oral sex is an idiocy … The mouth is for eating.”

And the penis is for urinating, but some things are apparently dual purpose. Such glaring religion-fueled ignorance is an obstacle to this impoverished country’s development and an impediment to its ultimately escaping the trap of poverty. Even worse is Congo, where there is an epidemic of fanatical Christians who are accusing children of sorcery. A recent article in Foreign Policy reports:

According to UNICEF in 2013, Congolese children accused of sorcery “number in the thousands.” People experiencing hardship (a sudden illness, the loss of a job, the death of a relative) often search for a child to blame and find one in their own families. Some of these children are killed, but far more are abandoned, left to join Kinshasa’s tens of thousands of street children. Or they are dragged to churches, where they may well find further misery. According to Human Rights Watch, alleged child sorcerers taken to churches may be denied food and water, whipped until they confess, or sexually abused. “More than 2,000 churches practice deliverance in Kinshasa alone,” the organization has reported. Similarly, in a 2013 report about Congo, the U.S. State Department described “exorcisms of children accused of witchcraft involving isolation, beating and whipping, starvation, and forced ingestion of purgatives.”

It is worth noting that American missionaries regularly travel to Africa to terrorize gay people, yet say virtually nothing when their faith is twisted to destroy innocent children accused of sorcery. When are they going to Congo to undo 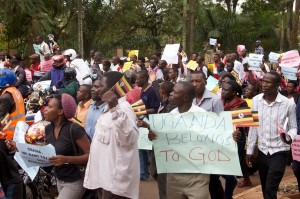 the damage their superstitious faith has wrought on vulnerable African youth?

At home, a huge Christian organization that feeds hungry children, World Vision, announced it would hire married gay Christians in their American branch. This wise decision was met with a ferocious backlash by the intolerant gutter of Christianity. The American Family Association’s Bryan Fischer Tweeted, “World Vision president said board prayed a lot about whether to embrace sodomy. And they want us to believe that God said yes??”

With such hideous ideas masquerading as holy, is it any wonder that a new poll said that gay people are now more popular than evangelicals? According to the poll conducted by Greenberg Quinlan Rosner Research and TargetPoint Consulting:

Religion can no longer be considered a public good if it teaches evil. As a society we should embrace theologies that teach love, while unapologetically rejecting those that preach hateful lies.