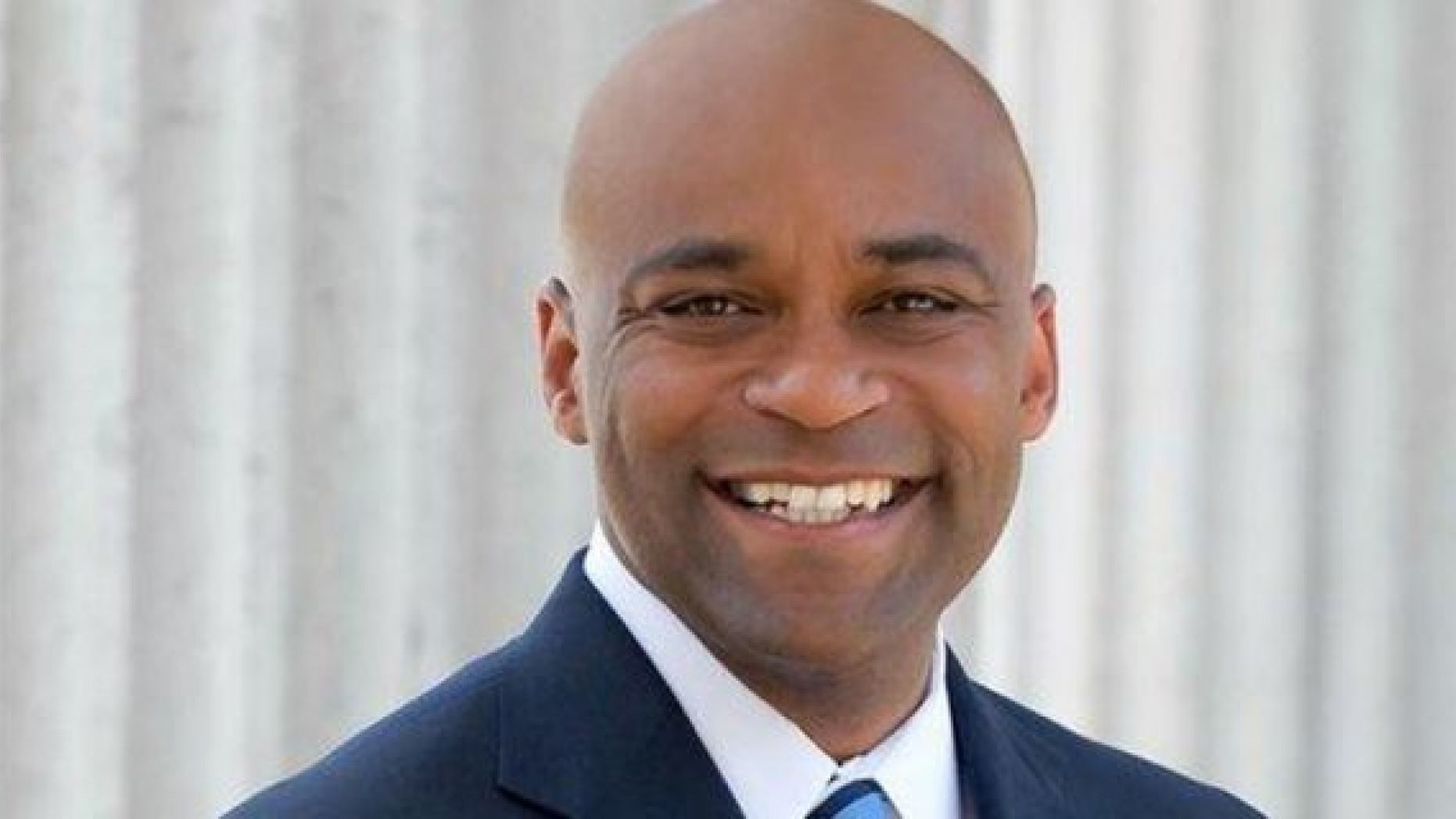 Truth Wins Out is thrilled with Denver for outlawing the medieval practice of conversion therapy. According to The Hill:

The Denver City Council on Monday unanimously voted to ban gay conversion therapy for minors, making Denver the first jurisdiction in Colorado to institute such a ban. The proposal to ban the practice came from Denver Mayor Michael Hancock’s (D) office. Hancock and two city council members submitted the proposal to a Denver City Council committee last month. Lawmakers have previously sought to ban conversion therapy in Colorado, but the proposals have failed four times. Conversion therapy is a practice banned in nine states that seeks to change the sexual orientation of LGBTQ minors.

We are absolutely impressed by Mayor Hancock, who truly “gets it” about the danger to youth caused by programs that represent consumer fraud:

“Tonight’s vote to ban conversion therapy is our city coming together and saying with one voice that we will never allow our LGBTQ+ youth to be the targets of these dubious practices, and that we are here to support them. Who they are is something to be celebrated, not maligned, and Denver will always be there to lift up our youth and ensure that they have the opportunity to grow up safe, happy and healthy.”

The Hill writes: The mayor’s office previously said that conversion therapy is “based on the false claim that being LGBTQ+ is a mental illness that needs to be cured,” noting that this assessment has been rejected by the American Psychiatric Association, as well as the medical and mental health community.

On another Rocky Mountain note, Truth Wins Out applauds Colorado’s openly gay governor Jared Polis. He made history with his partner, Marlon Reis, who joined him at the swearing in ceremony. According the the New York Times:

Even in Colorado, once known as the “Hate State” for its anti-gay policies, Mr. Polis’s gayness was “interestingly uninteresting to voters,” as the conservative columnist George F. Will wrote.

“What we found,” Mr. Polis said, “was that the voters don’t really care. This has been a much bigger deal nationally.”

I had the honor of sitting next to Polis and his brother at a dinner in New York City several years ago. I found both he and his brother to be incredibly nice and engaging. I’m happy for their family and wish Polis the best of luck — or, in his case, the execution of notable skill —  in turning Colorado into a national powerhouse.

I’m all for second chances. When a number of “ex-gay” activists came out and renounced their past, for example, I supported them provided that they speak out 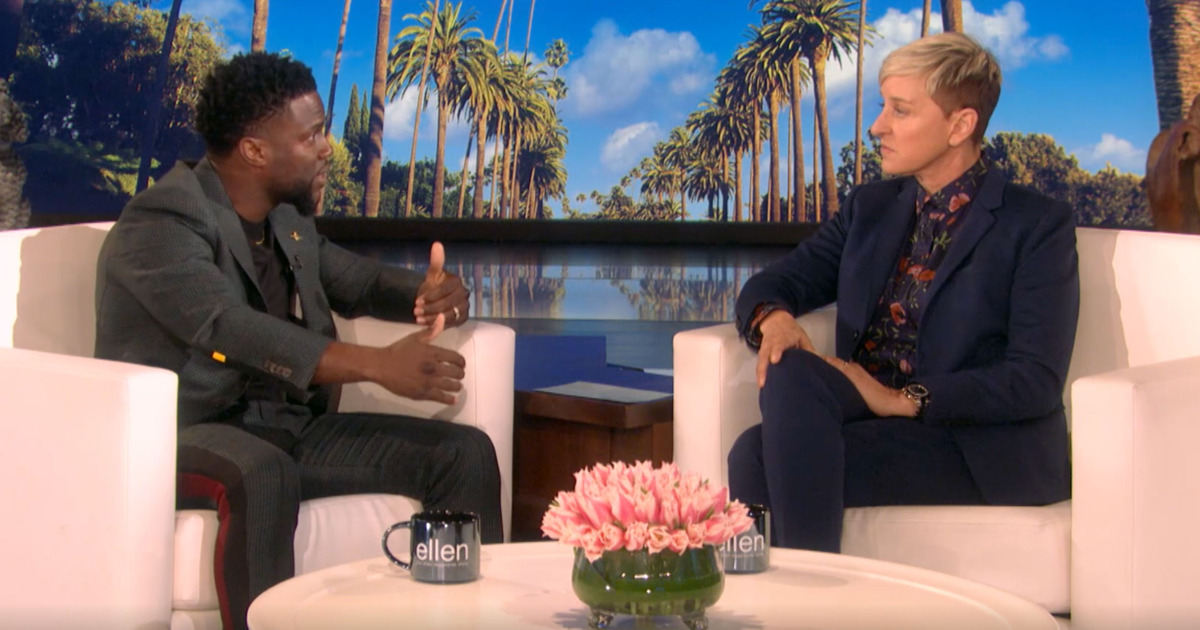 against the evils of sexual orientation change efforts. With this same spirit of letting people learn and grow, I was prepared to embrace comedian Kevin Hart and move on from homophobic statements he made on Twitter. If he had really grown up and no longer harbored noxious feelings towards LGBT people, then why not let him host the Oscars?

When I heard that he was on The Ellen Show I eagerly tuned in with an open mind to hear what he had to say. The purpose of his appearance was for Ellen, his friend, to endorse him for hosting the Oscars. This seemed like a reasonable venue for the controversial comedian to plead for forgiveness after hideous tweets like this one in 2011:

“Yo if my son comes home & tries 2 play with my daughters’ dollhouse I’m going 2 break it over his head & say n my voice ‘stop that’s gay.'”

Unfortunately, what we got was not a mea culpa, but a “me a victim” statement. Both Hart and DeGeneres seemed upset that activists would have the temerity to question Hart’s past Tweets, and Hart seemed to think he was a victim of a smear campaign. It was a pity party, not for the kids that may have gotten concussions from dollhouses smashed over their heads, but for poor Kevin Hart.

My job at Truth Wins Out requires that I monitor right wing media. That genre is dominated by stories of redemption. They all begin by someone acting horribly until they have a “Come to Jesus” moment where they repent. This is followed by the former sinner acknowledging their destructive behavior and explaining in great detail how they have become a “new creature in Christ.”

Hart skipped this crucial and necessary step for healing. He and Ellen seemed annoyed that people wanted to hear more about his alleged conversion. If you watch the 700 Club, the converted sinner never tells Pat Robertson, “I’ve already told you 20 times I robbed my grandma’s retirement fund to pay for smack. How many times do I have to retell it? Get over it!” But that’s kind of the attitude Hart brought to his apology.

In terms of Ellen, she had every right to bring Hart on her show and give him a platform to seek forgiveness. Those who dismissively question her authority to speak for the LGBT community are rude, disrespectful and suffer from a short memory. If it weren’t for the bravery of Ellen, many of those criticizing her might well be cowering in the closet and married to the opposite sex, rather than out and proud, offering their two-cents. Given the risks she took, the price she paid, and the stature that she has painstakingly earned, Ellen’s word does take on added weight. If she is inclined to say that someone deserves forgiveness, we ought to take her word very seriously. Ellen deserves the benefit of the doubt.

That said, Ellen should have done due diligence and asked tougher questions. She could have had an LGBT African American advocate on to share his or her experiences and directly ask Hart: “If you go home after this show and your son is playing with a doll house, how would react?”  Booking a psychologist to discuss the damage of homophobia would have been a nice touch. Ellen’s pleas to forgive Hart failed because she never demanded that Hart have a “Come to Jesus” moment. Hart never satisfactorily “repented”, so the sinner is not forgiven. I still have no idea how Hart would handle situations today involving LGBT people. Does he still think that violence and rejection can alter a child’s sexual orientation?  The viewer was left with key questions unaddressed.

Today, Hart appeared on ABC’s Good Morning America and, once again, came across as more annoyed than contrite:

“I’m over it,” he told host Michael Strahan. “There’s no more conversation about it. I’m over that, I’m over the moment. I’m not giving no more explanation of who I am … I’m just done. If you didn’t [hear the apology], then I don’t know what you’re looking for. I’m a good person. I love to love. If you don’t see that, then that means it’s a problem with you. I have nothing else to prove.”

Kevin, you missed your golden opportunity. Most of us wanted to “see that” and have the crisis resolved with a “feel-good” story of how you have changed, with an eagerness to right your wrongs. We hoped to forgive you  — but you just never gave us a real chance by offering a heartfelt apology. Sorry, Kevin, but you don’t deserve to host the Oscars. Instead of watching them, you ought to tune in to the 700 Club and learn how to properly repent.

If one is truly sorry, they are eager to make amends, they don’t act put upon.