Statement by Bernard Cherkasov, CEO of Equality Illinois, the state’s oldest and largest advocacy organization for lesbian, gay, bisexual and transgender Illinoisans, regarding an article in the 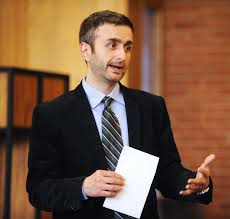 Equality Illinois strongly condemns the publication Chicago Dispatcher for its outrageous attempt to blackmail the city of Chicago and scornfully humiliate members of the Chicago City Council with its threat to “out” five city aldermen and for its attack on women taxi drivers.

However this article was intended, it is no joking matter. We call on the publication to immediately retract its extremely offensive article and apologize to the city’s LGBT community, women drivers and customers, the City Council and the public at large. Such comments strike at the core of communities that are still fighting for full recognition and equality.

If the publication thought such a commentary would further the cause in the taxi drivers’ ongoing dispute with the city, it will surely backfire. No one likes to be threatened or ridiculed, whether individually or as an institution, and with its commentary this publication surely has injected more cynicism and distrust instead of raising awareness about their concerns. Such comments as were contained in the article are simply not funny and are not to be excused.

The threat suggests there is something shameful about being a lesbian, gay, bisexual or transgender public official, when in this day and age there are out government leaders at every level of service, including the Chicago City Council. And as much as we believe in being open, we respect the right of all individuals who are not hypocritical in their public service to define their sexuality on their own terms.

The comments about women taxi drivers are equally objectionable and contemptible and patently false.

The offensive article in the Chicago Dispatcher, which is available on the street as a print publication, is also available online here.

Thanks Bernard for speaking out against this. Truth Wins Out is in solidarity with your sentiments and calls on this obnoxious article to be pulled, and replaced with an apology.