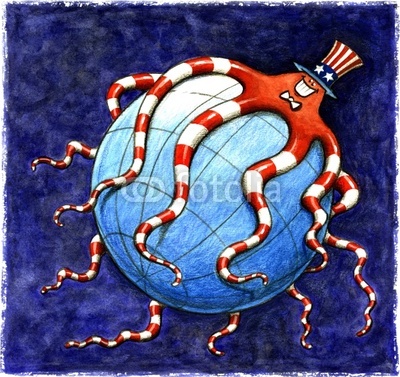 s we have been warning for the past year, the “ex-gay” myth is largely looking to move its industry offshore.  This is because they are discredited in the United States and have failed miserably in their attempts to show that people can be cured of their homosexuality. Always crafty, this industry is eying new lands that may be unaware of their tattered reputation at home and may not be fully informed of their many setbacks. Many of the countries these diabolical organizations are targeting have citizens who are not well educated on psychology or science. This makes it easy to mislead the public and present a distorted view of homosexuality, by furthering outdated stereotypes or promoting debunked theories.

We have detailed how American and Canadian “ex-gay” organizations are infiltrating Russia and other vulnerable countries, translating their propaganda into foreign languages to confuse populations with little exposure to the LGBT community. Cynically, these “ex-gay” charlatans and larger anti-gay organizations are attracted to foreign markets because they often lack the free speech protections of the United States. Once there, they can spread outright lies with little protest or opposition, because the LGBT community is largely in the closet. This appears to be a potent strategy, because the only way the “ex-gay” myth can succeed long-term is if they can bully their opponents into submission, and present their verifiable fiction as fact.

The latest example of American “ex-gay” interference abroad comes from what appears to be a French “ex-gay” website, ta Vie Choix, which includes a video from Voice of the Voiceless founder Christopher Doyle. I don’t read a word of French, but here is a paragraph from their website for those who do.

The “ex-gay” activists may see an opening in France, as well as other nations in western Europe, with their stalled economies and high youth unemployment. This has led to an upswing in far right nationalist groups. Last week, for example, there was a large anti-gay rally in France that included neo-Nazis. While these extremists do not represent the mainstream of France, they do offer fertile territory for the snake oil salesmen that represent the “ex-gay” myth.

Here are a few photos from the rally: 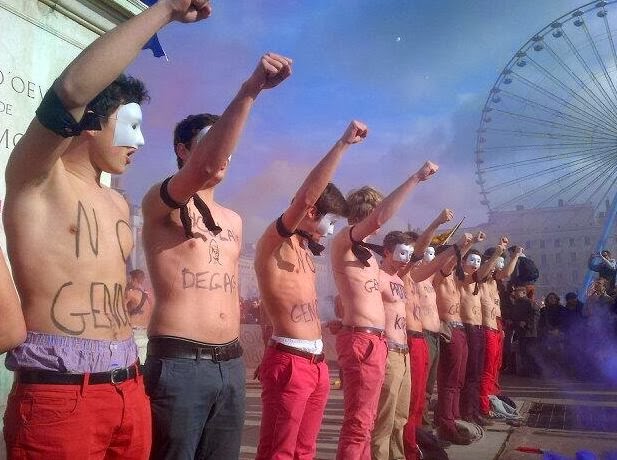 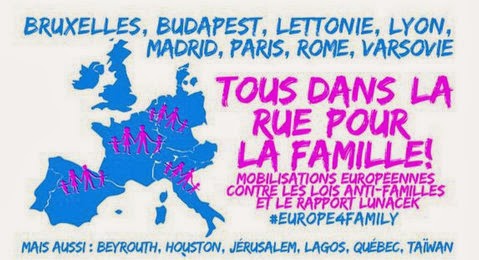 Where most Americans look at these fascist images and recoil, “ex-gay” activists see this bubbling cauldron of hatred as a fresh opportunity to be exploited. We must remain committed and vigilant, so we can expose these frauds abroad, much like we did at home.

We must remember that the “ex-gay” myth has long looked to capturing foreign markets. According to Exodus Global Alliance, here is a snapshot of its efforts abroad:

1981 — Johan van de Sluis comes to the Exodus North America 1981 conference. After returning from the conference, he led the launch of a European coalition of ex-gay ministries. He wrote letters to many Christian organizations in Europe, and the response was so positive that Johan plans an European Exodus conference for 1982.

1981 — Esly Carvalho, a Brazilian psychologist in private practice, reads an article in Christianity Today that included an interview with Frank Worthen. This article completely changed her mind on the subject of homosexuality. She asked for permission to translate it into Portuguese and distribute it. Soon afterward people began turning up on her doorstep looking for help.

1982 — Esly Carvalho organizes a conference in Brazil called I Christian Encounter on Homosexuality.

1984  The grass roots coalition of Australian Christian ministries meets together for the first time.

1985  The coalition of ministries in Australia forms Restoration Ministries with groups in Australia in Melbourne, Adelaide, Murray Bridge, Sydney, Brisbane plus a group in New Zealand. They held their first conference – inviting Sy Rogers as speaker from Exodus North America. And they begin publishing a newsletter.

1985  A young Filipino man is praying for a ministry to homosexuals to start in his country. At the same, God starts to prepare Frank Worthen in the USA to go abroad in ministry development.

1986  Peter Lane becomes the director of Restoration Ministries, the coalition of ministries in Australia and New Zealand.

1987  Restoration Ministries changes their name to Exodus South Pacific as they join the international coalition of Exodus ministries. Sy Rogers, from Exodus North America, speaks at their conference. Sy returns in 1988, 1991 and 1995.

1988  Several ministries to homosexuals start in Brazil independently of each other. Esly Carvalho edits a book called Homosexuality: Christian Approaches as a compendium of articles on homosexuality. It was the first and only book in Portuguese on the subject for many years.

1989  Frank Worthen and Sy Rogers go on a fact-finding trip to the Philippines and Singapore and conclude God has prepared these places for new ministry and they are called to go and develop ministries in these places.

1990  Frank Worthen goes to the Philippines and Sy Rogers goes to Singapore as missionaries from Exodus North America. Frank Worthen founds a ministry called Bagong Pag-Asa. Sy Rogers founds a ministry called Choices. While Sy was in Singapore, he travelled extensively throughout Australia, New Zealand and many countries in South America, building a vision for a world-wide ministry.

1995  Stories of ex-gay ministries from around the world are coming to Exodus North America on a regular basis. Out of this came a realization that it was time to bring the Exodus movements together; to unify, expand and equip Exodus as a world-wide ministry. Up to this time each Exodus region was operating on their own, anyone could call themselves Exodus. Pat Lawrence, on the board of Exodus North America at that time, encouraged the Exodus leadership to begin becoming a truly international ministry. And so Exodus North America sponsored an International Summit in June 1995 in San Diego USA. At that summit, the ministry leaders from around the world decide they want to work together in a new way to enable ministries to homosexuals to become a more cohesive and effective work internationally. They form the Exodus International Advisory Council to begin the work of building an international organization out of the different Exodus ministries around the world.

Pat Lawrence was selected to be the International Coordinator

1996  Melvin Wong begins to work on extending the work of Exodus that had been started in the Far East. A conference is held in Hong Kong and led by Melvin Wong, Sy Rogers, Pat Lawrence and Joe Dallas.

1999  Exodus South Pacific changes their name to Exodus Asia Pacific as they expand to include the member ministries in Singapore and the Philippines that were started by Frank Worthen and Sy Rogers. They hold a conference in Brisbane, Australia.

2002  Exodus Brazil is formed as a separate region from Exodus Latin America with Willy Torresin de Oliveira as the director. Willy had been a homosexual who unknowingly agreed to translate for Sy Rogers who was speaking at an Exodus Latin America conference in Brazil in 1989. The first words Sy spoke, and Willy had to translate, were “I once was a homosexual. But I am not anymore.” For Willy, this was the beginning of hope. The subsequent transformation in his life ultimately led Willy into ministry, training at the International Office and being chosen to be the first director of Exodus Brazil.

2003  Exodus International directs resources under the leadership of Melvin Wong to develop new ministries in the Far East. An ex-gay ministry in Taiwan joins Exodus Asia Pacific. A second conference is held in Hong Kong. New ministries are started in Hong Kong, Malaysia and Indonesia. Developments also occur in India and Sri Lanka under the leadership of Peter Lane.

2005  In the Far East, Exodus grows in Malaysia and Hong Kong.

2006  Exodus Global Alliance begins working with people in Barbados, Jamaica and other Caribbean countries to develop new ministries in the Caribbean.

2006  Exodus Latin America holds its annual conference in Mexico. They see an increase in the number of people coming to their conference.  New ministries are being started in Chile, Columbia, Dominican Republic, Mexico and Venezuela.

A more accurate description would be, “Causing needless pain, chaos, broken families, state-sponsored persecution, and shattered lives around the world is possible.” While the “ex-gay” myth has long tried to expand overseas, it is undeniable that 2014 — as a result of the collapse of the domestic market in 2013 — is the year that it has focused on accelerating this alarming trend.