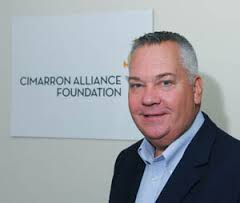 The debate was over a recent court ruling that said denying marriage equality to same-sex couples is unconstitutional.

I like the fact that Hamilton got Kern to admit that Jesus never mentioned homosexuality. I bet most people in Oklahoma did not know this — even as they turn to their rarely read bibles to justify anti-gay discrimination.

It is fair to say that Scott cleaned Kern’s clock. Particularly strong was his heartfelt closing statement:

“We are not talking about a lifestyle friends. We are talking about a life. My life. The lives of 365,000 Oklahomans is at stake. By allowing same-gender marriages, we are not destroying. We are not increasing the number of gay people. Instead we are simply staking our claim as Oklahomans. As Americans. This is not a Christian society. We are a society of many faiths, and those with no faith at all.”

For her part, Kern looked like an ignoramus who was grasping at straws that one can loosely call arguments. Here is on irrational claim:

“You cannot have society perpetuate itself if you do not have man and woman coming together in the beautiful relationship that God created…It opens the door to the transformation of our whole society.”

What evidence does Kern have that the population in states with marriage equality has dramatically fallen? Can she point to Iowa or Minnesota or Vermont, and show us how all the straight couples have divorced and moved in with gay partners? Her argument appears to be that strict laws prohibiting same-sex marriage is the only thing standing in the way of society going totally gay and no longer reproducing. This idea is without merit and downright bizarre.

Furthermore, relationships where gay people marry opposite sex partners they find physically repulsive in order to appease bigots like Sally Kern are rarely “beautiful.” Instead, they are awkward, physically unsatisfying and emotionally scarring. Such arranged marriages usually end in bitter divorce.  This is hardly the “godly” union that one should be promoting who professes to care about “family values.”

Kern completely dropped the ball when she entered into biology:

“When people are born they are asexual. They don’t know whether they are male or female. It is as they grow up and begin to recognize the anatomy that they have. And then you throw into that environmental situations. Their upbringing and everything.”

Actually, people are born into their sex and they innately know what it is. It can’t be altered or adjusted by all the societal influence in the world. Even in the case of transgender people — they know that they are the opposite sex, when society and their genitalia says otherwise. The idea that people are born asexual is scientifically untrue on so many levels it is difficult to know where to begin. I strongly suggest that Kern visit our LGBT Science website to learn the basics.

Of course, Kern promoted the “ex-gay” myth and claimed that the American Psychiatric Association and other professional medical associations were forced into accepting homosexuality against their will — even though the members of such groups freely voted in favor of declassifying homosexuality as a mental illness.

“There are thousands of people who have come out of the homosexual lifestyle.”

Where is her evidence? In fact, the Restored Hope Network had its annual “ex-gay” conference in Oklahoma City last June and only drew an estimated 100 participants. This number included media and conference speakers. Paging Mrs. Kern: Where were your thousands of “ex-gays” when you had your big opportunity to showcase them in OKC last year?

“We are a Christian nation and our laws have been founded upon the 10 Commandments and biblical moral principles. That doesn’t mean everyone has to be a

Christian. It means those are principles that our nation has been founded upon.”

So, according to Kern’s theocratic scheme, all Americans don’t have to share her religion, they just have to live and abide by laws dictated by her specific, narrow beliefs. What about the religious freedom of Christians who are pro-gay and want to perform or attend marriages for same-sex couples? Isn’t Kern trampling on their religious liberty? I guess their rights don’t count — as well as people from other faiths or atheists. These folks should just be grateful that Kern and company allows them to live in their America and follow their rules.

Wow – talk about extraordinary arrogance and betraying the core American values that make this nation great!