I hesitate to write about advances in HIV treatment, particularly when it comes to reports of cured. It seems that every so often we get reports of such miracles, but they 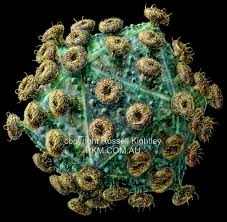 later turn out to be false alarms — or partial successes — that don’t hold real promise for decades. However, there does appear to be an interesting development. According to the New York Times:

Doctors announced on Sunday that a baby had been cured of an H.I.V. infection for the first time, a startling development that could change how infected newborns are treated and sharply reduce the number of children living with the virus that causes AIDS.

The baby, born in rural Mississippi, was treated aggressively with antiretroviral drugs starting around 30 hours after birth, something that is not usually done. If further study shows this works in other babies, it will almost certainly be recommended globally. The United Nations estimates that 330,000 babies were newly infected in 2011, the most recent year for which there is data, and that more than three million children globally are living with H.I.V.

If the report is confirmed, the child born in Mississippi would be only the second well-documented case of a cure in the world. That could give a lift to research aimed at a cure, something that only a few years ago was thought to be virtually impossible, though some experts said the findings in the baby would probably not be relevant to adults.

Let’s hope that these results stand and the world can begin to treat babies before the infection takes hold. On another unrelated and probably irrelevant note, while searching for images I noticed that HIV particles look somewhat like marijuana.

One hypothesis is that the drugs killed off the virus before it could establish a hidden reservoir in the baby. One reason people cannot be cured now is that the virus hides in a dormant state, out of reach of existing drugs. When drug therapy is stopped, the virus can emerge from hiding.

“That goes along with the concept that, if you treat before the virus has had an opportunity to establish a large reservoir and before it can destroy the immune system, there’s a chance you can withdraw therapy and have no virus,” said Dr. Anthony S. Fauci, the director of the National Institute for Allergy and Infectious Diseases. Adults, however, typically do not know they are infected right as it happens, he said.

I’m no expert, but it seems that if one were to invent an effective drug to cure HIV, it would be a time release pill that would effectively trick the virus to thinking that the coast was clear so it would emerge from hiding — and then ZAP! If there are any scientists reading this piece, please feel free to weigh in.

AIDS curebabies and infants with HIV