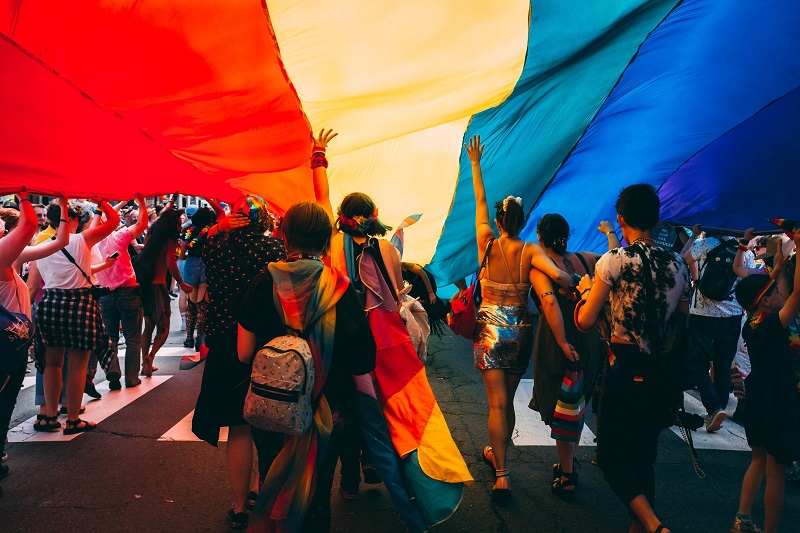 Truth Wins Out to Mayor: Rescind Proclamation or Resign

Fort Lauderdale — Truth Wins Out demanded that Fort Lauderdale Mayor Dean Trantalis rescind his ill-considered Tuesday proclamation honoring Coral Ridge Presbyterian Church. If he doesn’t do so, he should resign. Only two days after receiving the proclamation, D James Kennedy Ministries, which is part of the Coral Ridge “brand”, compared gay marriage to exchanging nuptials with a car.

On a Facebook Live broadcast Thursday night, Dr. Frank Wright, President of D. James Kennedy Ministries, viciously backstabbed Trantalis and demeaned the LGBTQ community, saying, “I hate to break it to them, but many of our gay and lesbian friends. They’ve just been used by the left to destroy the historic definition of marriage and changed the criteria to only be that of love. If two people love each other, or some guy and his Volkswagen, he loves his Volkswagen, he ought to be able to marry his Volkswagen.” In a stunning act of disloyalty, Wright then questioned Trantalis’ motives for offering the proclamation. He accused him of having a hidden political agenda to boost his political career. “He’s trying to build bridges to another part of the community by showing his reasonableness. But even hidden within that reasonableness, even within the velvet glove is still a fist.” (Full Transcript below)

“Dean Trantalis was duped and disrespected,” said Truth Wins Out Executive Director Wayne Besen. “His kumbaya was contradicted by the facts. Coral Ridge showed their true colors, and it wasn’t a rainbow flag. Dean Trantalis must rescind the proclamation or resign. While it’s nice to have a gay mayor, it’s even more important to have one with character who represents the values of his constituents.”

The videos were provided to Truth Wins Out by Fort Lauderdale activists Michael Emanuel Rajner and Marc Paige.

When LGBTQ activists opposed the proclamation, the mayor haughtily wagged his finger at the people who got him elected and preached, “It’s time to build a future based on love and not hate. And it’s time for those who still harbor resentment to let go of it. I know I have.”

But, should he have let it go? Aside from creating a false equivalency–blaming LGBTQ activists for not being kind enough to their chief tormenter–Trantalis didn’t do his homework. Had he done so, he would have learned that Coral Ridge hadn’t changed its wicked ways. Does the mayor not realize that if he had children they would not be allowed to attend Coral Ridge’s Westminster Academy?

Founded in 2006, Truth Wins Out is the oldest nonprofit advocacy organization and educational resource dedicated to monitoring and ending “ex-gay” conversion programs, while working to eliminate anti-LGBTQ prejudice and discrimination. Truth Wins Out also fights against right wing extremism, which is the underlying source of power, money and influence behind “pray away the gay” political campaigns

Frank Wright: “I hate to break it to them, but many of our gay and lesbian friends. They’ve just been used by the left to destroy the historic definition of marriage and changed the criteria to only be that of love. If two people love each other, or some guy and his Volkswagen, he loves his Volkswagen, he ought to be able to marry his Volkswagen.”

Frank Wright: “The Mayor of Fort Lauderdale has taken a stance at variance with another gay member of the city commission. And gay groups in the Fort Lauderdale area, saying let’s just put this behind us, we can go forward, and we don’t have to be like that anymore. So, the message to the current pastor of the Coral Ridge Presbyterian Church, is, sure if you stop teaching that stuff in the Bible about what God says about human sexuality and about the wrath of God that will fall upon Sin, then we can all get along together. Kind of a Rodney King theology, why can’t we all just get along. So, hidden within this putative comity, that’s being offered by the mayor of Fort Lauderdale. And, God bless him, I’m sure he has pretentions for higher elected office.  And, is trying to strike a more moderate tone, knowing that he is the openly gay mayor of Fort Lauderdale, none of his supporters are going to walk away from him. But, he’s trying to build bridges to another part of the community by showing his reasonableness. But even hidden within that reasonableness, even within the velvet glove is still a fist.”

See Bios of Wright and Rabe

Background: Coral Ridge was founded by the late Rev. D. James Kennedy. The pastor was linked to the Reconstructionist movement, which endorsed harsh penalties for LGBTQ people, including capital punishment. He hired infamous Reconstructionist George Grant to serve as Vice President. Grant wrote Legislating Immorality: The Homosexual Movement Comes Out of the Closet.

Coral Ridge has hosted the divisive Reclaiming America for Christ conference, which promotes discrimination and theocracy. The annual event had been picketed for years by the LGBTQ community.

In 1998, the Truth in Love Campaign was hatched at Coral Ridge, led by Janet Folger Porter. The $600,000 effort placed full-page ads in newspapers with “ex-gays” claiming that gay and trans people who prayed and went to conversion therapy could “change”. This resulted in an avalanche of media coverage, including a Newsweek cover story headlined, “Gay for Life?” During that campaign, Folger Porter said on Nightline that she supported sodomy laws that would lead to the arrest and imprisonment of LGBTQ people. As part of Truth in Love, Coral Ridge flew an airplane over Gay Days at Disney with large banner that had an “ex-gay” message.

This is what a gay mayor is honoring? Interesting.