Right wing extremists like to pretend they are “pro-family” and fiscally conservative. A new report by the Center for American Progress (CAP) shows that they are neither — exhibiting 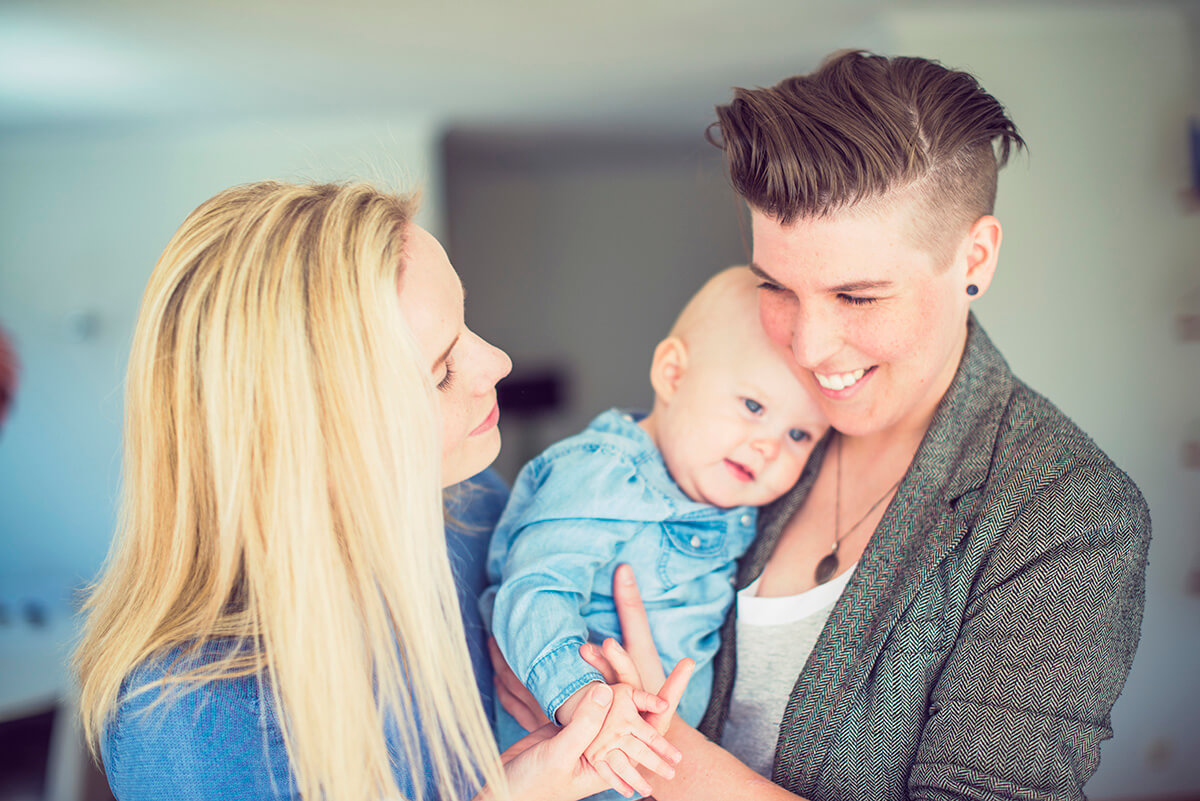 a cynical willingness to harm innocent children, while having taxpayers subsidize their discrimination.  According to the report, “Welcoming All Families”:

The need for more families to adopt children is evident and all qualified families should be welcomed, not shunned because of their sexual orientation. This especially true for LGBT parents who are, quite frankly, proving themselves more Christ-like than the judgmental conservative “Christians” who reject their applications. Indeed, LGBT families have demonstrated, in many cases, moral superiority because they are more likely to adopt older children and those with special needs. Without the generosity of spirit shown by LGBT couples, many of these kids would languish in the system and eventually age out, denying them a proper childhood. CAP’s report states:

As of 2017, there were approximately 443,000 children in foster care nationwide.10 Each year, more than 50,000 children are adopted through the U.S. child welfare system, but about 20,000 age out of the system without ever finding a permanent family.11 Turning qualified prospective parents away only stresses an already stressed system, and LGBTQ people represent an important subgroup of potential parents. In Massachusetts, for example, between 15 percent and 28 percent of adoptions from foster care have involved same-sex parents every year for the last decade.12 Same-sex couples raising children are seven times more likely to be raising a foster child and seven times more likely to be raising an adopted child than their different-sex counterparts.13 They are also more likely to adopt older children and children with special needs, who are statistically less likely to be adopted—perhaps because many LGBTQ parents can empathize with the stigmatization such children may experience.14

In other words, these self-righteous guardians of morality would rather have children languish in foster care. This practice is irrational, offensive and deeply hypocritical when one considers the extraordinary physical and sexual abuse against children at the hands of major religious institutions. In what alternative universe are children safer in the hands of conservative religious groups than loving same-sex parents? Yet, these conservatives have gone out of their way to create inconveniences or barriers to LGBT adoption:

Through case studies of Texas and Michigan, the authors found that only 10 percent of Texas agencies and 27 percent of Michigan agencies appear welcoming of LGBTQ parents online through official policies or LGBTQ-affirming content. Agencies that are welcoming of LGBTQ individuals are not always accessible for prospective parents. And in certain cases, such as in El Paso, Texas, a same-sex couple would need to drive to a different time zone to reach an agency with an LGBTQ-inclusive nondiscrimination policy posted online.

What’s really outrageous, is that not only are these these right wing agencies deliberately denying children loving homes and peddling anachronistic stereotypes about the suitability of gay parents — they are forcing taxpayers to subsidize their bigotry.

It is in the best interest of children and taxpayers—who will save nearly $29,000 a year for every child who is adopted from foster care rather than aged out of the system—to eliminate discrimination against LGBTQ prospective foster and adoptive parents.

It’s time that these cold-hearted ideologues start practicing what they preach about family values by offering children the opportunity to live in wonderful homes with loving parents — regardless of the parents’ sexual orientation.  While these zealots pretend that LGBT parents are harmful to children, what really terrifies them is that such parents undermine their anti-gay propaganda and prove that LGBT individuals can be extraordinary parents and role models.