In 2007, Truth Wins Out pioneered fighting back against scientific distortions promulgated by anti-LGBT hate groups. We launched Respect My Research after James Dobson of Focus on the Family 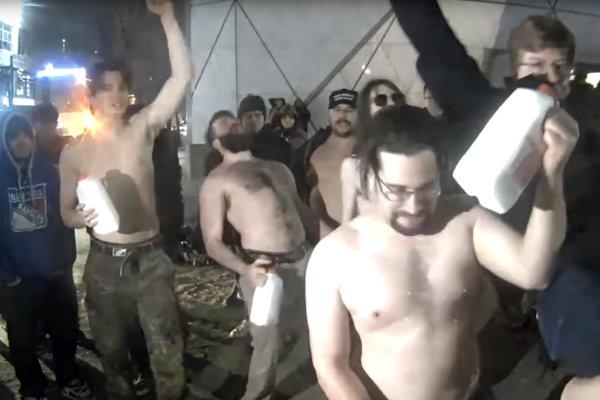 twisted the work of NYU author and professor Dr. Carol Gilligan in Time magazine to say that Mary Cheney should not have a child with her partner Heather Poe because they are lesbians. I asked Dr. Gilligan if her work actually supported Dobson, and, as I suspected, it did not.

In response, we videotaped the amazing Dr. Gilligan rebutting Dobson.  We placed the video online, both on RespectMyResearch.org and YouTube, which now has almost 60,000 views. We continued this process with other brave and responsible scientists, such as Yale’s Kyle Pruitt and University of Utah’s Lisa Diamond. It was very effective at shutting down some of their lies — or at least made them more careful in how they presented their propaganda. (This made their anti-gay campaigns, at a minimum, less effective)

Unfortunately, white supremacists, recently emboldened by our political climate, are now using the same techniques as the Religious Right, but applying the lies to other minorities. This was illustrated in a recent New York Times article written by Amy Harmon.

There are some in the scientific community who mistakenly believe that countering false claims only gives the offenders a platform. Unfortunately, they already have huge online platforms, so silence in the face of hate, even if well intentioned, makes the false claims disseminated appear to be true.  We agree with Dr. Kyle Pruett, professor of child psychiatry at the Yale University School of Medicine, who wisely said: “When people start spinning science you have to respond. Journalism used to handle this, but not anymore. So it’s bounced back to become the responsibility of the people doing the research.”

Truth Wins Out would also like to add, that the purpose of science is to increase human knowledge. If you are a scientist whose work has been so badly distorted that you are actually decreasing human knowledge, don’t you have a responsibility to speak out and restore the original intent of your work?

Has your work been distorted by right wing organizations? If so, please contact me at wbesen@truthwinsout.org.  While your job is to conduct research, ours is to ensure that extremists don’t unfairly exploit it to nefarious ends.