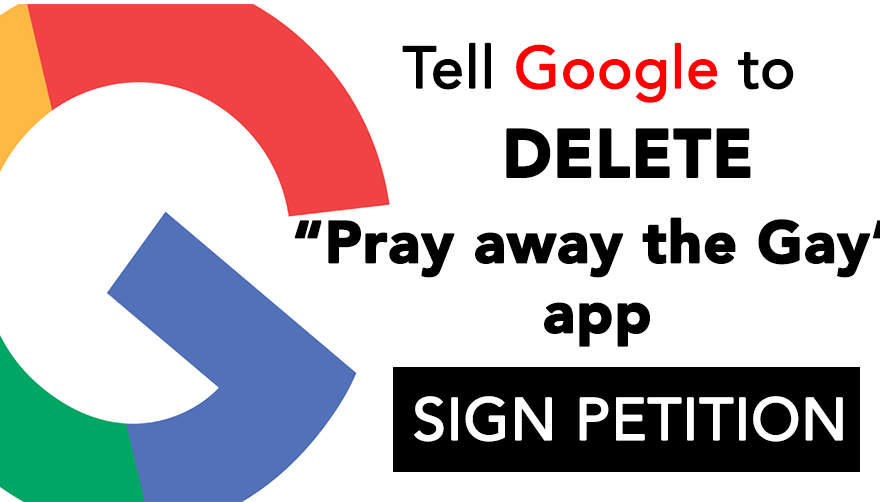 Truth Wins Out urges its supporters to sign our new petition at Change.org urging Google to delete a dangerous and demeaning “pray away the gay” app from its online store.

Google can’t have it both ways. Either the company stands for diversity and decency, or it stands with an app that promotes hate and harm to LGBT people, particularly vulnerable youth who are targeted by this deceptive and destructive app. Google must stop its inexplicable foot-dragging and follow its own stated principles and guidelines by eliminating this toxic product.

It’s time for Google to exhibit corporate responsibility. It should swiftly join Apple, Microsoft and Amazon in deleting this heinous app that promotes prejudice and fosters discrimination.